The piece can be larger or smaller, between 84x48” down to 12x12”depending on which parts of the map you want to show. Please shoot me an email me at jd@jddennison.com to discuss.

This map of the skyline is made of a series of 10x10” custom-made 3D-printed digital sculptures. The material is a resin that resembles marble. Many people assume it’s hand-carved stone when they see it!

The 10-15 tallest and most famous buildings are modeled by a professional architect in 3D software so that they have more detail and are easily recognizable. The bulk of the data was gathered from OSM, an open-source 3D map of the world. 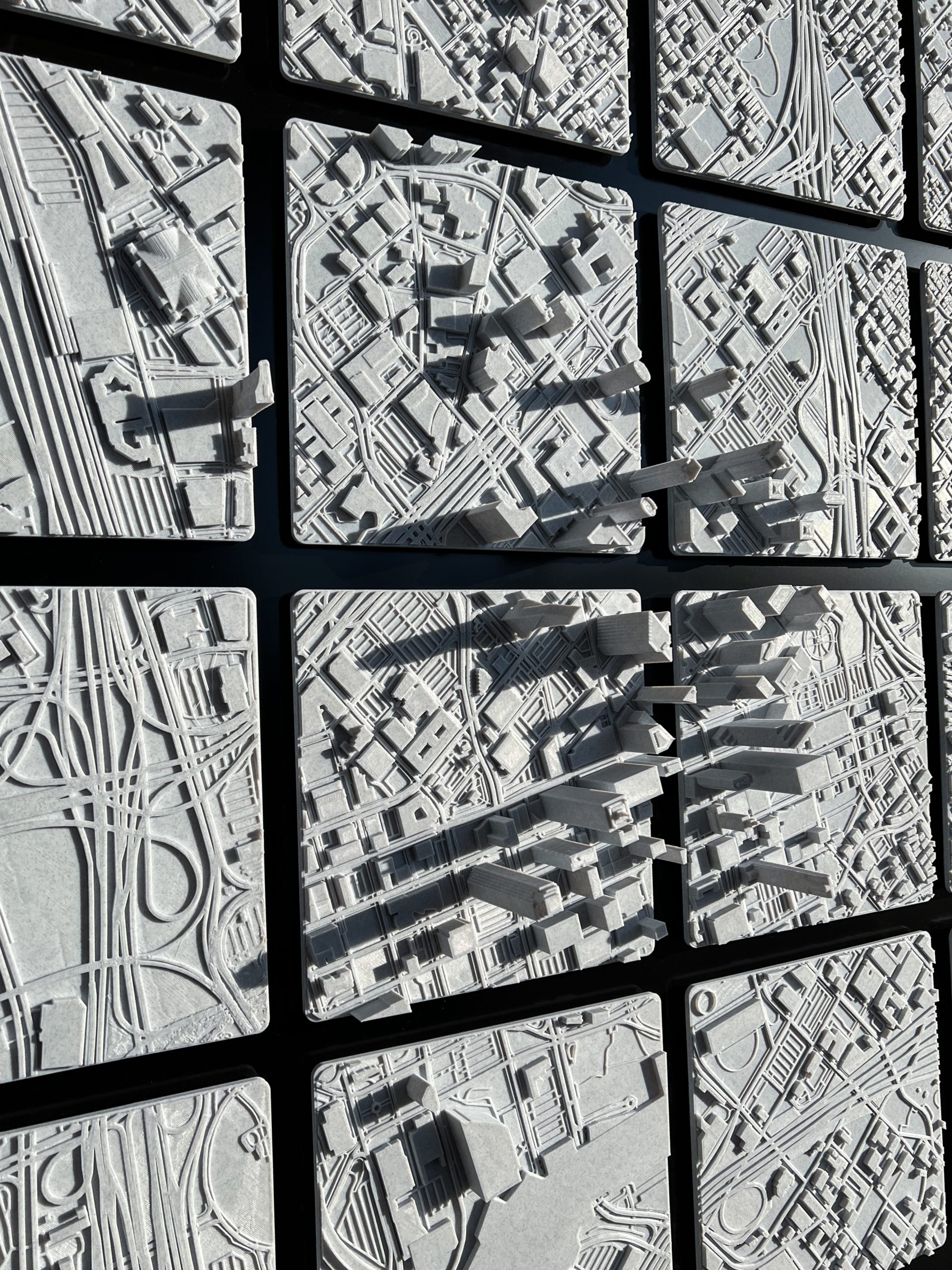 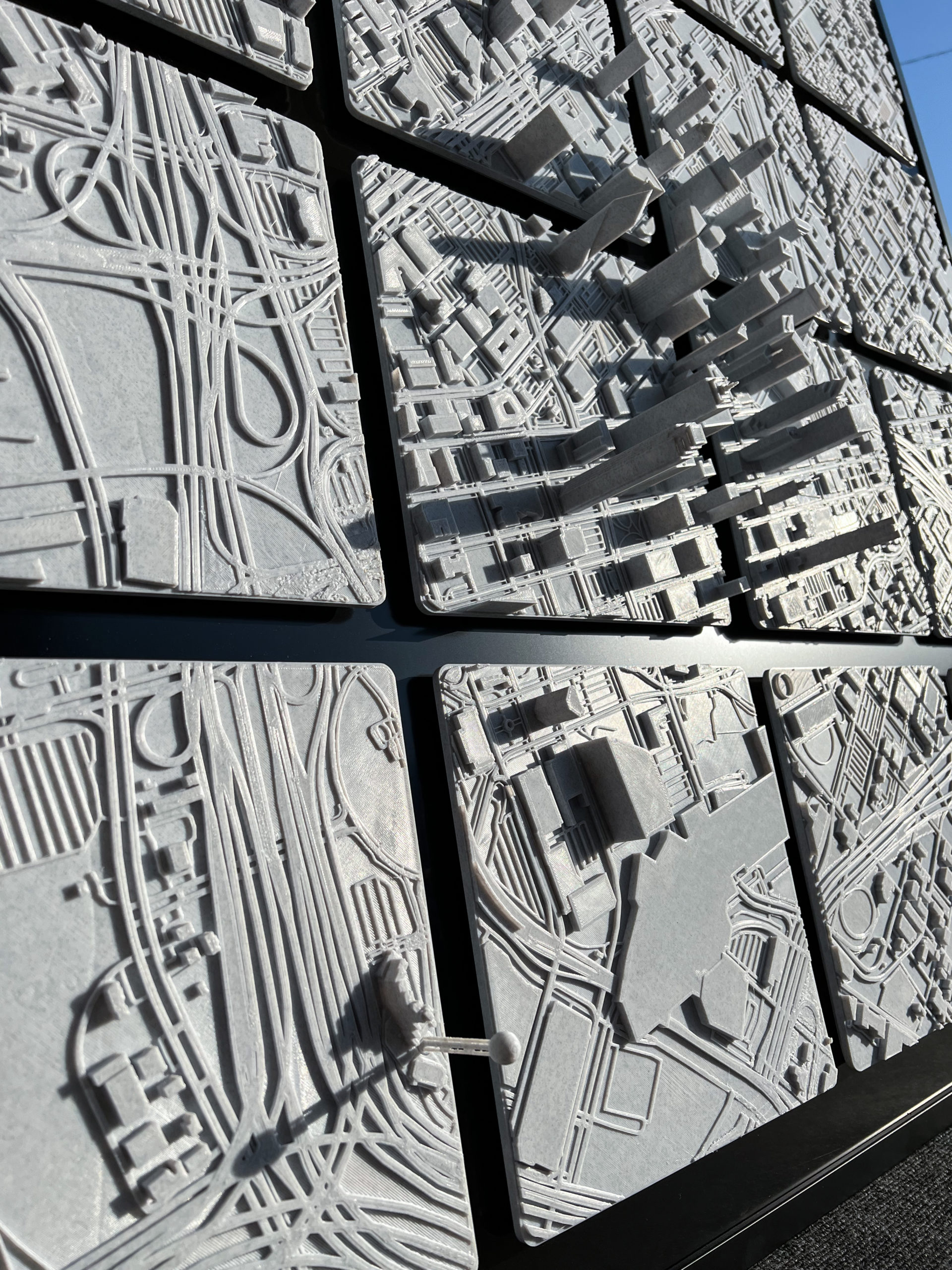 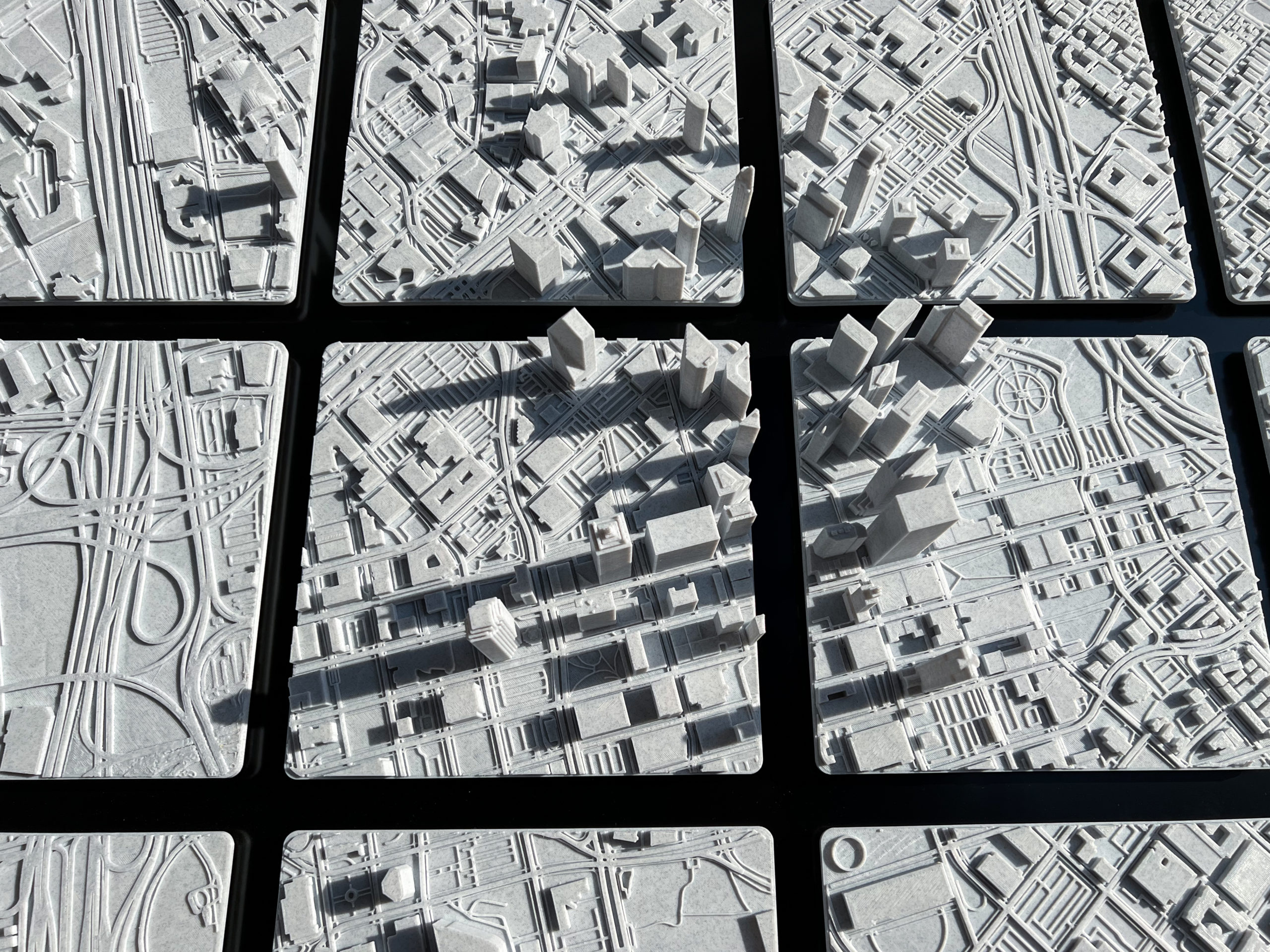 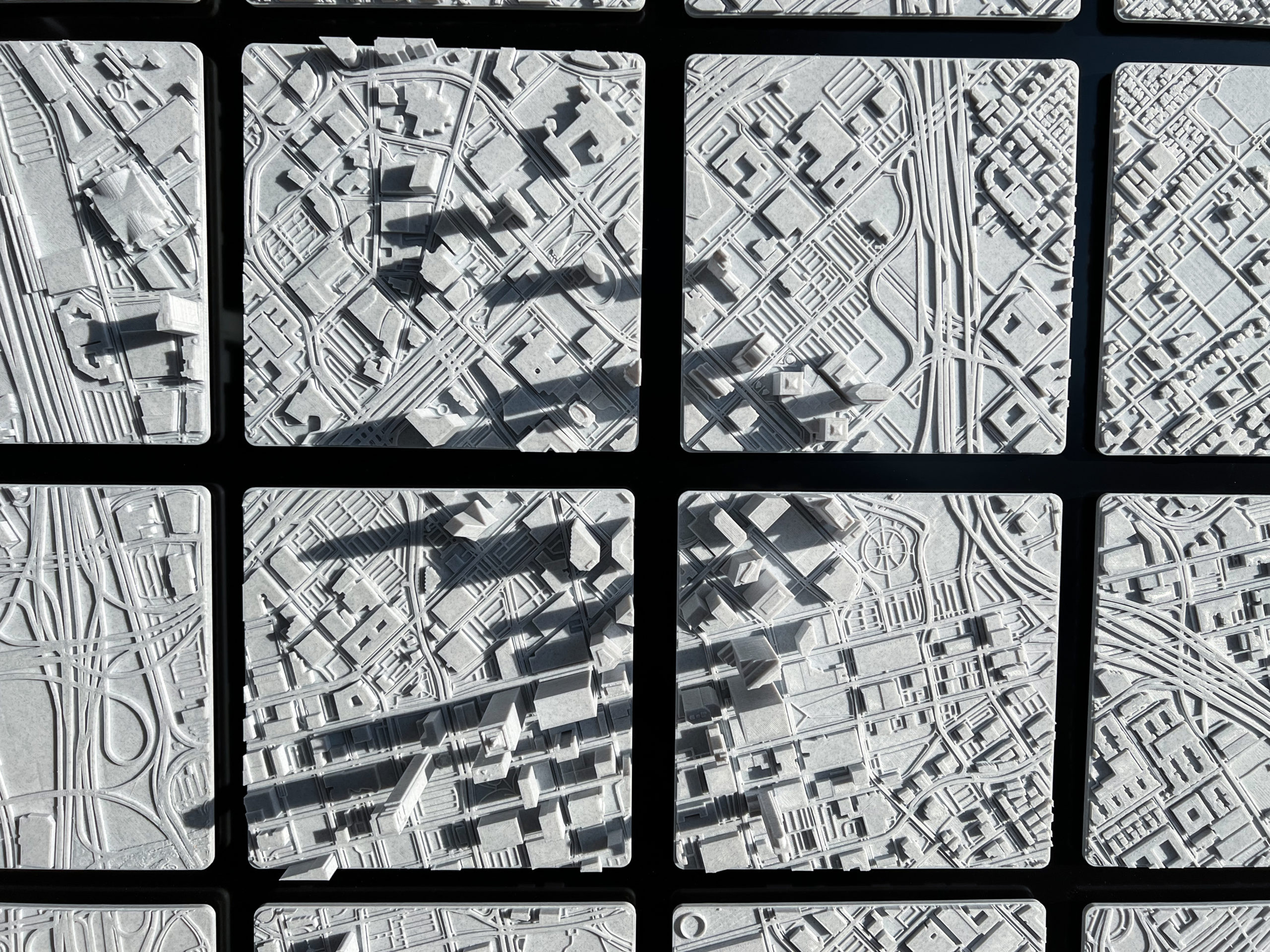 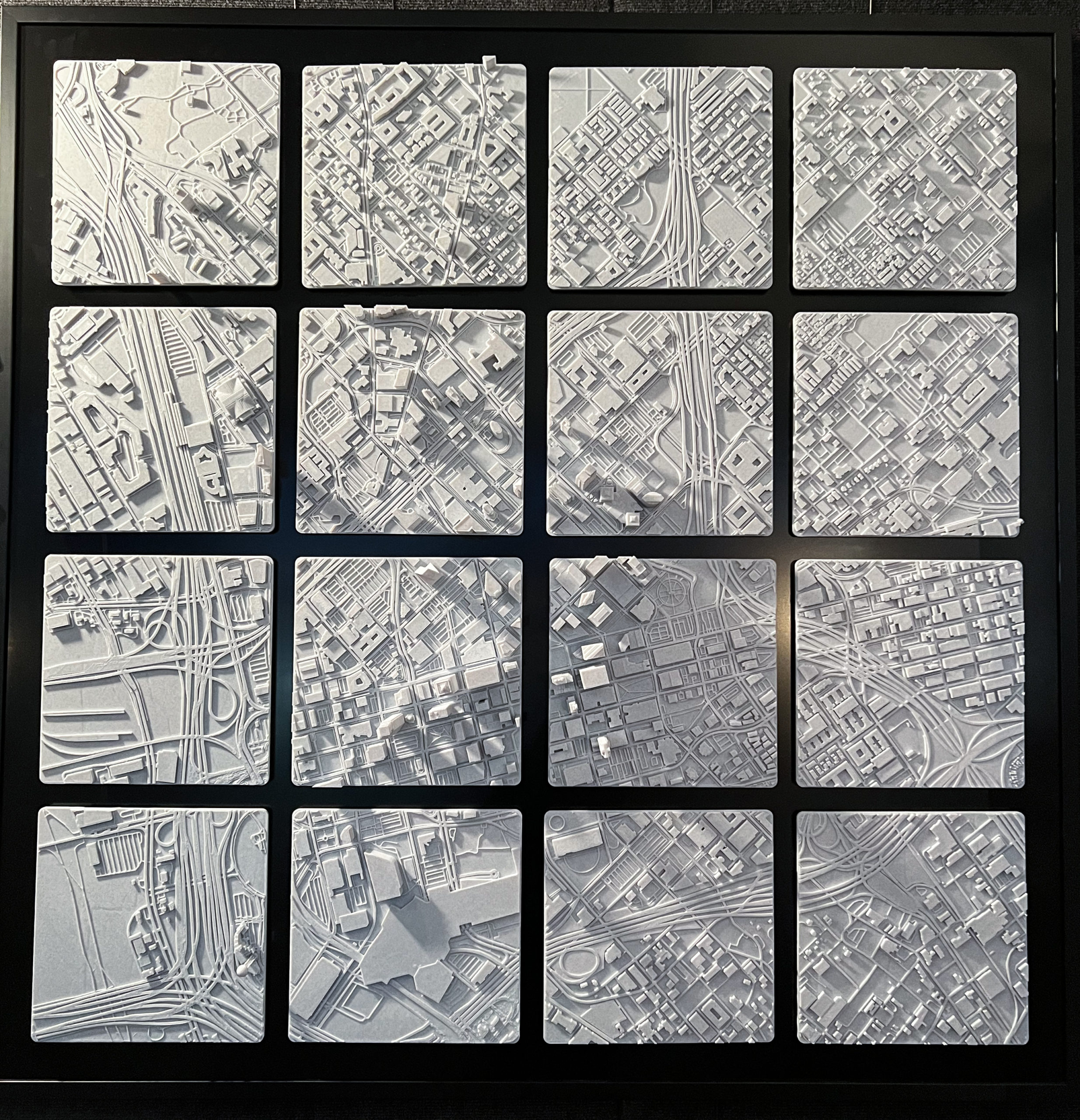 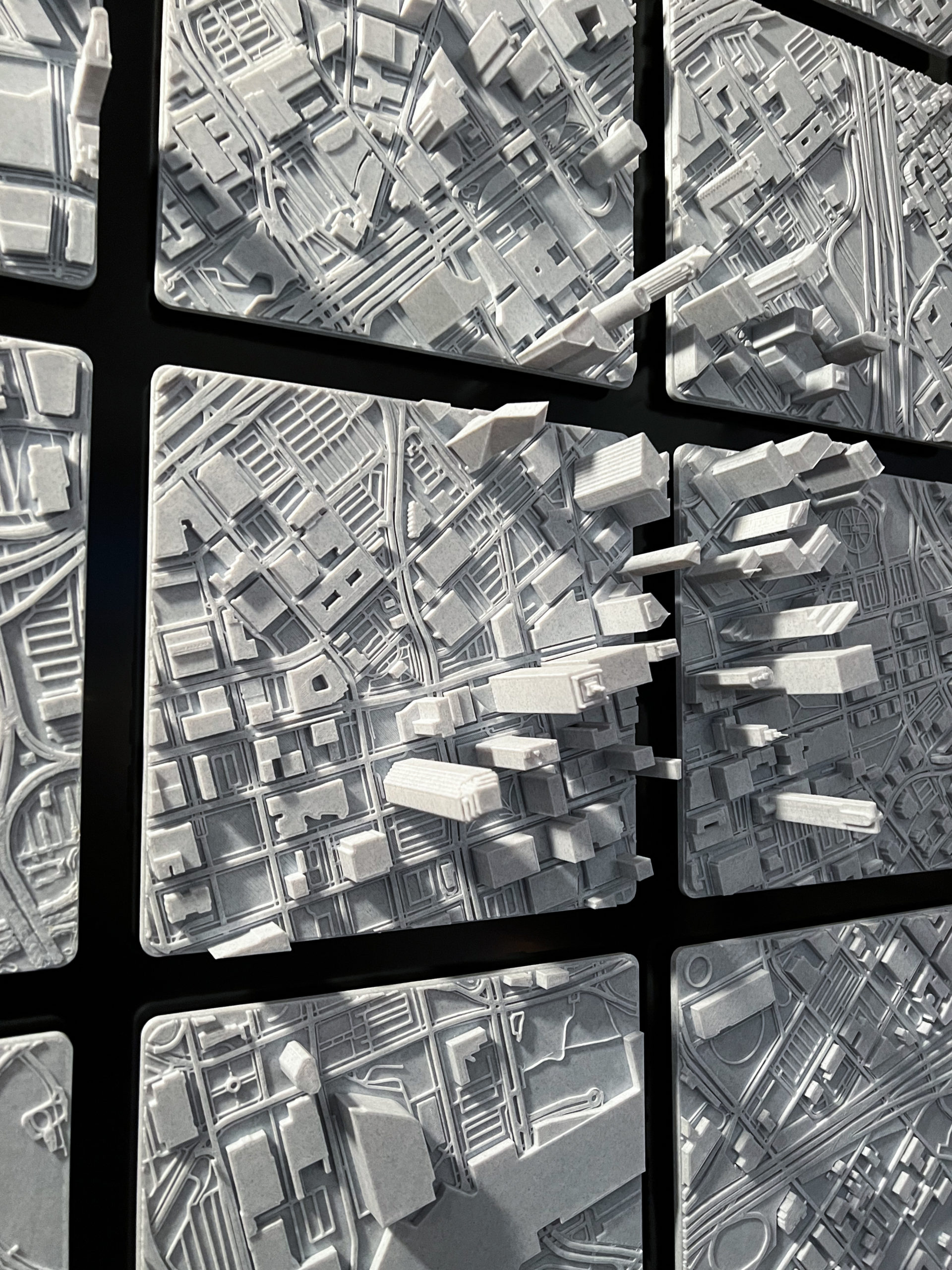 Design Your Own Section Of City

Use the form below to contact me about designing a custom section of Chicago for your home or office. Everything from the locations, colors, and wood types are completely customizable.